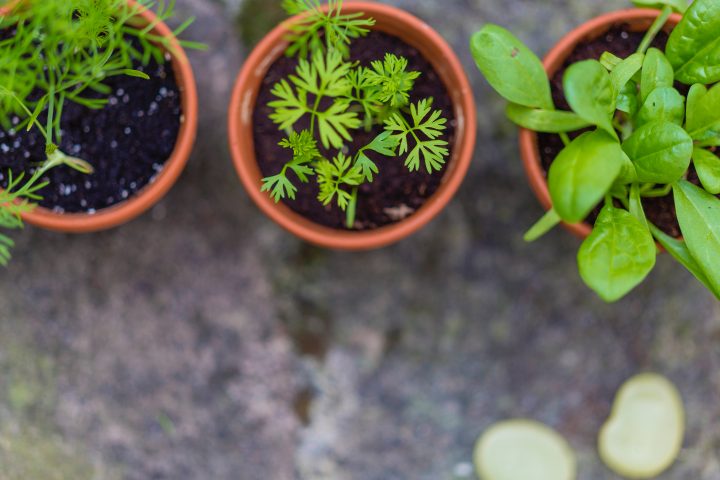 Parasitic infections can be the cause of major health concerns and may leave you in a state of agony. Fortunately, there are several powerful herbs that are found in their natural state and can be used for treating parasitic infections fitfully.

Here we can help you know more about these herbs even as you start healing your infection by improving upon your immune system and making it function optimally.

Parasite-killing Herbs and Their Utility

Wouldn’t it be awesome if there was a one-point single remedy that was capable of killing all kinds of parasites at a single go? However, that’s not to be as different types of critters require specific methods of treatment and tend to fight back in separate ways.

So, just as you would include specific drugs to take care of different pathogens, you may want to include these parasite killing herbs to handle specific parasitic infections. These herbs have a natural means of functioning and are helpful in avoiding the collateral damage that may accompany prescription medicines.

For instance, Mimosa Pudica seeds are quite effective in purging parasites after you use an herbal formula to eradicate parasites. In case you want more effective results, then it’s time to try out a combination of different herbs.

The following herbs can make you well-equipped for any upcoming phases of parasite cleanse.

Thyme or Thymus vulgaris serves to be an effective and powerful herb to have in your arsenal when you begin your fight against pathogens (inclusive of certain parasites, fungi, and bacteria).

Thyme comprises of many potent plant phytochemicals or compounds. It is primarily useful for eugenol and thymol, two important parasite killing elements that are very helpful in fending off the unwarranted germs.

It has been found that thyme possesses different anti-parasitic elements that have been tested against microscopic single-celled (protozoan) parasitic organisms and certain worms (helminths).

Anisakis is a parasitic roundworm that can infect you if you happen to consume undercooked, raw, or infected seafood. As per experts, thyme essential oil is found to kill the larvae of Anisakis within 14 hours; it performs by damaging the intestines and outer coverings of these worms.

In a nutshell, thyme acts like a hard-hitting herb while combating parasites, fungi, and harmful bacteria. In most cases, it is capable to curb their replication, normal functioning, and growth positively.

Sage or salvia officinalis can be distinguished from other parasitic killing herbs through its gray-green leaves. It has its origin in the Mediterranean and Middle East regions. Along with adding sage to your soups and roasted vegetables, you may use this popular herb for taking care of your health.

Sage comprises of several phytochemicals, inclusive of tannins and flavonoids. This valuable herb has been widely recommended by alternative medicine providers for treating upset stomach and diarrhea along with a spate of other illnesses. Sage is very helpful in terms of parasite cleanse and is largely supportive of liver health.

As per experts, the sage extract is known to have significantly reduced the number of eggs laid by intestinal parasites like specific pinworms and tapeworms under lab conditions. They are of the opinion that sage extracts can be useful for combating protozoan parasites like Leishmania, plasmodium, Trypanosoma cruzi, and so forth.

For instance, the skin sores caused by leishmania, a common infection causing parasite that’s also capable of infesting your bone marrow, liver, and spleen, can be combated with the help of sage.

Sage also provides support for your liver by having an indirect influence on parasites. Schistosoma flukes, plasmodium protozoans, and other common parasites have the potential of damaging your liver and overall health.

Parasite cleanses through sage extract is useful in fighting the toxins released by this microbiome and parasites during the cleansing process and the die-off stages.

Tanacetum vulgre, which is also known as common tansy, possesses yellow flowers and fern-like leaves to make it appear different from other parasite killing herbs. Very popular as an alternative and folk medicine, tansy is used to relieve migraines, lower inflammation, provide relief for nerve pains, and treat different types of parasitic infections.

There have been several lab studies that prove the many benefits of using tansy extract in the fight against parasites.

Tansy has been particularly effective in combating Schistosoma mansoni – a worm with a leaf-shaped and flattened body. It’s possible to be infected by s. mansoni by swimming in or coming in contact with contaminated freshwater. It has been observed that tansy extract reduced this worm’s ability to move.

When treated with a high dose of tansy extract, 100 percent of the worms were killed within a span of 24 hours. Overall, tansy serves to be an important asset when it comes to natural parasite cleanse and helps in safeguarding you against infections from the same.

Ocimum sanctum (also called Ocimum tenuiflorum) is commonly known as holy basil and is endowed with several parasite-killing properties. It is used extensively in the preparation of herbal supplements and tea. This adaptogen has a wide range of health properties to its name. it’s useful in promoting resilience and well-being in humans, along with fighting stress and parasites.

The anti-parasitic properties of the herb comprise of its actions against specific helminths and protozoans. For example, holy basil is helpful in curbing the growth and infection of a malaria-causing parasite called plasmodium protozoans.

Even the most resistant malaria parasite, plasmodium falciparum, which is known to cause very severe infections in humans, can be treated to a certain extent with holy basil. The root and leaf extracts of holy basil are quite effective in the fight against P. falciparum and go about their activities without damaging the human red blood cells in any way.

Add Parasite-killing Herbs to Your Diet to Avoid infections

Before you dive in and start experimenting with the various parasite-killing herbs, it’s important to know about other popular herbs that can be put to use for killing parasites naturally. You may want to get in touch with your health care provider to understand how to combat parasite infections in better ways.